Center for Neuroscience and Experiential Education

An interactive semi-virtual laboratory for study, writing, and research


The Stellar Research Lab is made up of an interdisciplinary team of neuroscience enthusiasts. A common interest in the importance of experiential learning and the brain basis of decision making unites us to explore this challenging yet exciting area. Because of our unique, oftentimes non-neuroscientist backgrounds, the lab is able to approach topics from nontraditional point of view to compose unique assortments of blogs, papers, podcasts and books for the fellow curious mind. 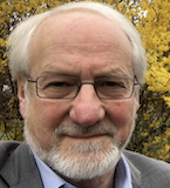 Stellar’s career began as a basic neuroscientist, trained at the University of Pennsylvania as a PhD and postdoctoral fellow, and then appointed as an assistant and associate (untenured professor) at the Department of Psychology at Harvard University. In 1985 he wrote a book, The Neurobiology of Motivation and Reward, with his father, Eliot Stellar, also a neuroscience professor who had then returned to the faculty after serving as Provost at the University of Pennsylvania. Read his story..

I graduated from the the University at Albany in 2016 with my Bachelors degree, where I majored in psychology and minored in sociology. I continued my education at the University at Albany and graduated in 2018 with a Masters degree in Educational Psychology and Methodology. Currently, I work with Dr. Stellar in the lab and assist with implementing mindfulness lessons into the psychology 101 classes that he teaches each semester. While assisting in the lab, I am also currently working towards my Masters and certificate of advanced study in School Psychology.

Bachelors degree at Elmira College, Neuroscience PhD Albany Medical School. Teaching as an Assistant Professor at Siena College. Co-author of a new book, Diversity at College: Real Stories of Students Conquering Bias and Making Higher Education More Inclusive. She is also a three-time a serial blog co-author, once on dopamine, once on diversity issues, and now on brain networks. She has participated in CSTEP and other such undergraduate research programs including last summer with Brandon Ascencio on neural networks. She is currently working with Stellar on a new book on the neuroscience of professional knowledge/wisdom gained in college from academic learning coupled with experiential education.

Adrienne earned her Bachelors degree in Communications with a concentration in Media Studies as well as her Masters in Speech and Language Pathology from Northeastern University. She has been both a participant in Northeastern's Cooperative Education Program through as well as a student advisor to those participating in a cooperative education program abroad, NU international. She was one of the first blog co-authors in 2009 to write a post about some of her own experiences and was a key research assistant in Stellar's 2017 book, Education that Works. Currently, Adrienne works as a practicing Speech and Language Pathologist who after after years in the Salem Public School system has moved into private practices on the island of St. Thomas. She is part of a team of three that has launched a podcast, ExperiencED, that interviews thought-leaders about experiential education and is now in season three.

Agata Buras
Virtual Teaching with an Interest in Immigrant Populations

Former student with Stellar at Queens College and blog co-author in both short and long forms, she worked at Queens College on a flipped/hybrid introductory psychology course. She is a co-author of a chapter in Diversity at College: Real Stories of Students Conquering Bias and Making Higher Education More Inclusive, published in 2020. She has continued her work at UAlbany on the flipped-hybrid introductory psychology course with Stellar and Georgina Breihof in spring and fall of 2020 and will again in the fall of 2021. She is interested in the application of principles of experiential education, social neuroscience, and growth mindset to promoting learning and student success particularly in immigrant, underserved, and non-traditional students. She looks forward to more major blogs and other writing projects.

Andrew Keating
Alumni with Interest in Entrepreneurship, the Brain, and Decision-Making

A Psychology major at the University at Albany, with a minor in Communications. Drew aspires to master’s degree in Industrial/Organizational Psychology. He seeks to promote a culture of communication on topics such as stress and emotion regulation. He is especially interested in using social media as a tool for understanding and communicating these ideas to the general public, with a goal of assisting students and others in managing workloads and producing meaningful outcomes.

Pat Gareau
Alumni with Interest in Entrepreneurship, the Brain, and Decision-Making

Pat is currently enrolled in a joint J.D. / M.B.A at Albany Law School and Rensselaer Polytechnic Institute. He graduated from the University at Albany in 2017 with a double major in economics and psychology, and graduated from Hudson Valley Community College in 2015. Pat started a freelance writing, research, and consulting company in 2016 called Gareau LLC, and has primarily contracted with economic development organizations. Pat became interested in experiential education as a member of the SUNY Applied Learning Steering Committee from 2015 - 2017 through his role as a member of the Executive Board for the SUNY Student Assembly, a system-wide student government. Pat continues to be involved in the local higher education community as a member of the Board of Directors for the Hudson Valley Community College Foundation, and looks forward to exploring ways to increase the level of student entrepreneurship at local colleges in the coming years. He has written several blogs on entrepreneurship and the brain, and has a current new interest in the social neuroscience of moral agency and responsibilities that is tied to his emerging law degree.

Kathleen Larsen
Graduate with Bachelor of Arts degree in Psychology

A graduate of the University at Albany as a Psychology major and education minor. Current Mental Health worker for New York Presbyterian hospital. Is interested in obtaining a Masters degree in Mental Health counseling and one day opening her own practice. Is currently working on a self reflection project. In the summer of 2020 she produced a blog series on reflective practice in experiential education and its potential underlying psychology and neuroscience. She remains interested in reflection as it combines both "heart and head" types of thinking and decision-making.

A Biology major with a minor in Neuroscience Brandon met Jim Stellar in an introductory psychology course in the Spring of 2020 in his Freshman year. He began working that summer working with Brandy Eggan, to produce a series of blog posts on the behavioral neuroscience of the brain’s Default Mode Network. The idea is that these kinds of networks and their interconnected nature could underlie how experiential education builds implicit professional knowledge on top of explicit knowledge in the discipline. Brandon is currently premed.

A junior at the University at Albany, studying Human Development with a concentration in Counseling Psychology and a minor in Psychology. Rachel met Dr. Stellar her sophomore year in Psychology 101 and has since taken his Psychopharmacology course. There Rachel developed an interest in basic unconscious limbic brain circuits of homeostasis and well-being, and how they interact with mindfulness, psychoneuroimmunology, and drug treatments for emotional disorders. She is working on blogs on this topic and is planning to pursue a PhD in Clinical Neuropsychology promoting mental health.

Send Us an Email

The Other Lobe Blog

The Center for Sympathetic Intelligence

© The Center for Neuroscience and Experiential Education